Want to feel warm from the inside out? This is it! And it’s something even picky eaters will love! I combined a couple recipes to come up with this one. It’s delicious!

If you want it to taste like a cheeseburger even more, serve it in a bread bowl! 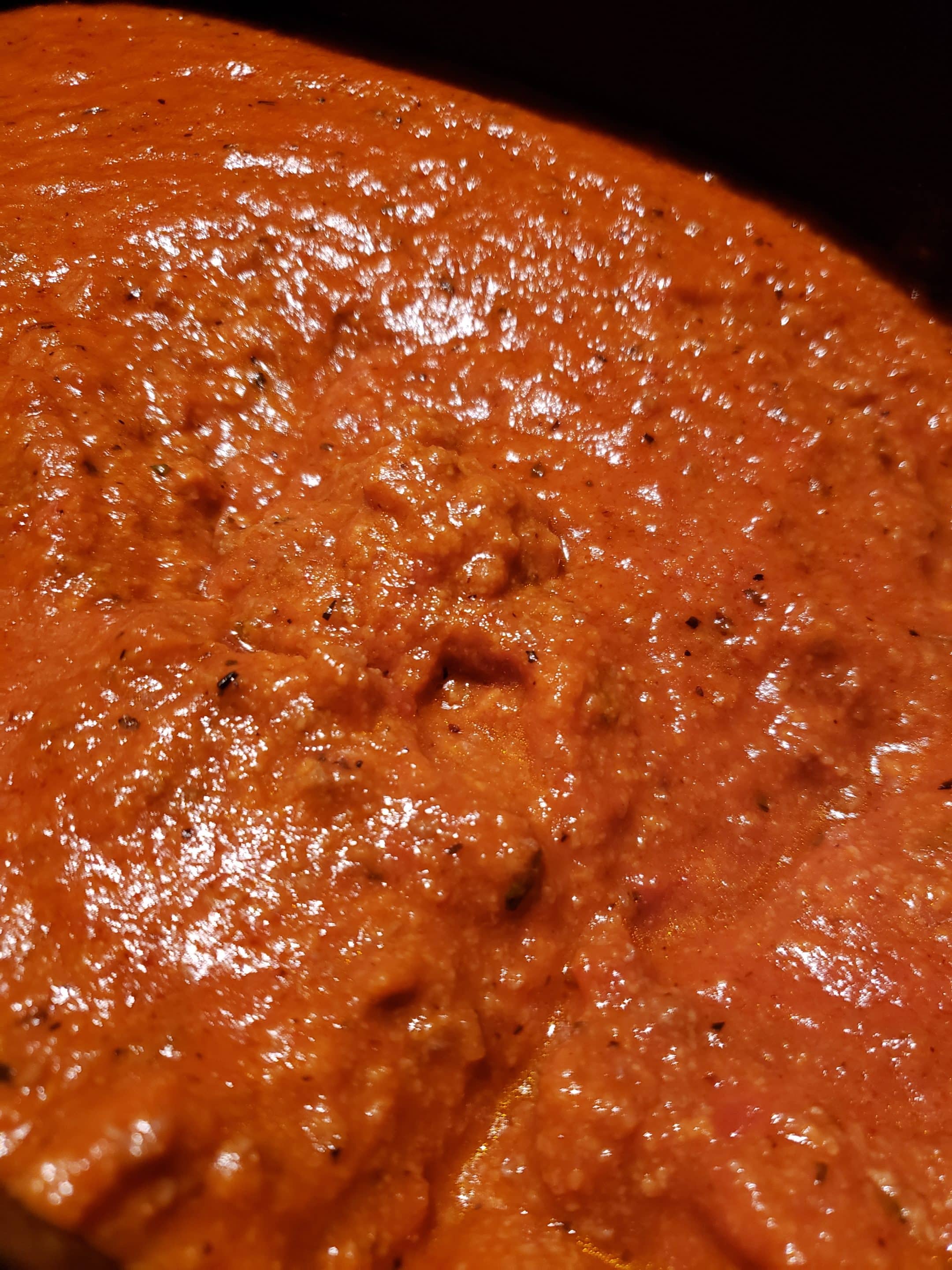 This can even be a main course entrée or just an appetizer. Teens as well as adults really go for this recipe. YUMMY!

I saw an idea on Pinterest for a way to have Nachos in one big casserole and I thought I’d give it my own twist and try it out on my family. WOW! It was delicious. You can make your own, too. And get this! It can feed your family for about $10!

My nephew’s wife brought this to our girls’ weekend and it was a BIG hit. I actually made a “skinny” version and I think it’s just as good. It literally takes 5 minutes to make, so add it to your fall gatherings now!
1 cup Pumpkin puree
1 tsp Pumpkin spice
1 tsp Cinnamon
½ tsp Ground Cloves
1 (3½ oz) box Vanilla instant pudding, sugar-free fat free
8 oz Cool whip free

WHAT?! I never even thought to try to make pizza in a crock-pot, have you? But it’s CROCK-Tober and we tried it! In the studio this morning!! Tommy gave it two spatulas up!

Spray 3½ – to 4-quart oval slow cooker with cooking spray.
Preheat crock-pot on high for 15 minutes.
Unroll pizza dough; fold in half lengthwise.
Place pizza dough in slow cooker; press in bottom and 1 inch up sides.
Let it cook uncovered 30-45 minutes.
Turn crock-pot temp to low.
Spread pizza sauce evenly over pizza dough.
Top with half each of the sausage, pepperoni and cheese.
Repeat with remaining sausage, pepperoni and cheese.
Cover; cook on Low 1 ½  to 2 hours or until crust edges are deep golden brown and cheese is melted. Remove from slow cooker to cutting board. Cut and serve.
Extra tips:
Any of your favorite toppings could be used. Also, a 3 ½ – to 4-quart round slow cooker can be used instead of the oval. Fold pizza dough in half crosswise instead; press in bottom and 2 inches up sides.

Confession time. Chicken Pot Pie is one of my most FAVORITE comfort foods on the planet. I crave them. So when I found this recipe for Crock-Pot Chicken Pot Pie, I had to try it. And I was NOT disappointed. It tasted exactly like I was hoping. The combination of spices and flaky crust satisfied my craving perfectly. And it’s WAY easier than I thought it would be!

Cover and cook on low 7-8 hours or high 3-4 hours. (until veggies are tender)

In a small bowl, combine milk and flour. Gradually stir mixture into the crock-pot.

Remove ‘crock’ from crock-pot base and place pie crust over mixture.

Place crock in preheated oven and bake uncovered for 15-20 minutes or until browned and crusty. (if your crock-pot doesn’t come apart, pour mixture into casserole dish, top with crust and bake)

Put the additional pie crust on a round pan and slice into wedges. Bake 10 minutes or until brown and serve with pot pie for extra crust!

Crock-Tober celebrates ANYTHING you make in a Crock-Pot. But dessert in a Crock-Pot doesn’t have to be complicated. Take this one for instance. I used a yellow butter cake mix with peach pie filling. It was amazing and so so easy!

This is my blog. It will probably contain mostly recipes. Sometimes, I’m sure I’ll have other ramblings because, well, life. Thanks for being here!

Cookin With Brook
Blog at WordPress.com.